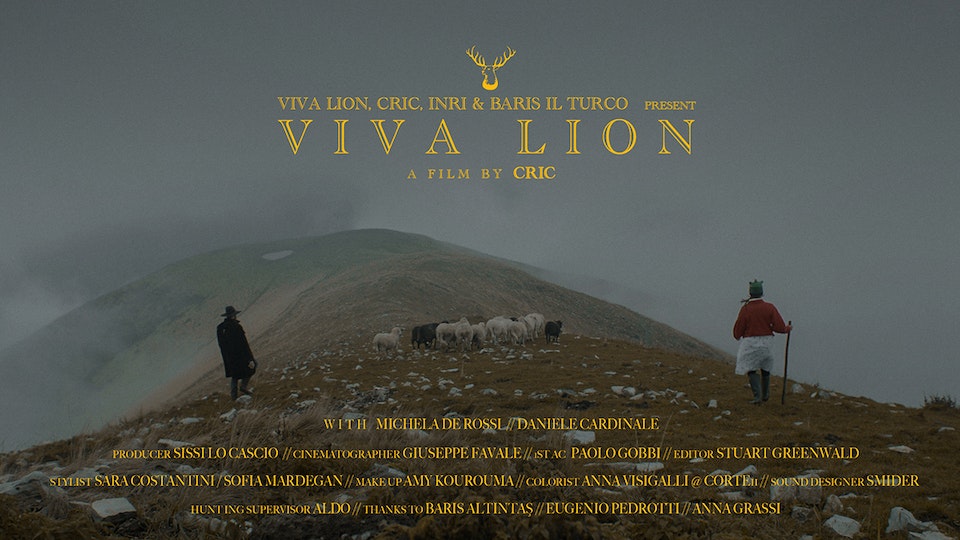 VIVALION is on "six of the best creative music videos" of 1.4

Your film “Viva Lion”. How did it all begin? How did you get in touch with Daniele Cardinale and how did you conceive this story? Was it something you were already thinking of or it came with the song?
CRIC: You know, my relationship with Daniele is incredible. My granmother and the Daniele’s mother are bestfriends. They go to church together very often…
When I was kid I was in the same school of him. But then in the last twenty years we almost never met. Of course we stayed in touch trough social networks. He knew my work and I followed the Vivalion’s success.
We talked a couple of time of doing something together.
The release of the new album coincided with a peaceful week for CRIC. While listening to the album, the storyline suddenly came in our mind, we wrote it and presented it to his crew.
The rest is on Vimeo.

Why did you decide to tell such story? Since it’s shot at the mountains/countryside, it could be anywhere. Did you want to make the story universal? And why did you choose to call Daniele himself to play one of the main characters?
CRIC: The two extremity of life are the only things that deserves to be told.
The mountain is a landscape that absolutely belong to us. Hills, woods, fog, rain, ice and wind are elements that can transmit emotions in a very deep way.
We feel so confident working in such scenarios. Daniele is not only a great author, but even his face tells a lot of him, of his story, his interior fights and of his poetry.
His presence was a “must” for us since the very first moment.

How did your collaboration with DOP Giuseppe Favale start? Where did your research start and where did you get inspiration?
CRIC: Giuseppe and us collaborated for the first time almost one year ago. We linked immediately. His calm, his patience and his natural propensity for simplicity is something that we really appreciate.
We worked very well together last year and we decided to take it to the next level.
GIUSEPPE: I think from the day they involved me on the job we had only a couple of days to prep the job, meaning get together all the pieces of the jigsaw in a very rough way.
There was no deep research on my side but CRIC briefed me on how the project should look like.
It was something I always dreamed of doing, that type of shooting and scenario.
I already knew their style and the way they like to shoot. Of course there has been a visual references exchange, regarding motion and pictorial pictures.
CRIC: We took inspiration from modern art which is an infinite source of inspiration for us. For this particular work, we studied the masterpieces of Mantegna, Caravaggio, Segantini and oeuvres by “en plain air” artist.
GIUSEPPE: Deciding which kind of camera and lenses to use wasn’t hard. We could fortunately afford shooting with Arri Alexa, which by now it’s a standard. It’s reliable and results are always outstanding, color depth is always surprising.
We first loved the idea of shooting anamorphic but recently, apart from the budget, the request on anamorphic lenses is very high and it ended up being impossible shooting that way.
The schedule was very tight, we had to go for spherical lenses. I advanced the option of shooting with old Zeiss lenses ( Zeiss Superspeed T1.3) and crop to a panoramic ratio (1:2.35). If you understand the limits of these lenses and help yourself with a good T-stop you get a really nice look. The contrast is at the right point and the response to colors is very liege.
After some considerations we went for this kit. Budget was small, we couldn’t even afford to get a wireless remote focus unit which became a pain in the ass for our Focus Puller and for operating camera.

The thin line between commercial concept and personal research. Where does the commercial concept end and where the personal research begins?
CRIC: The commercial world is a place full of opportunities. We never get tired of it. It gives us the chance to experiment.
Sometimes we start from big concepts, sometimes we have to work hard on a simple idea or on a cliché looking for the best way to transform it.
These two worlds work together, each one needs the other one. Of course we are trying to focus more on our personal research, but we think that advertising helps us “to keep our feet on the ground”.
GIUSEPPE: In Italy creativity most of the times is a copy of a copy or a new embarrassing claim aiming to sell emptiness to empty people. Sad but true.
I don’t want to criticize other jobs but honestly this is what I see. (I do not own a TV, nor watch it when I happen to be in front of one). Nevertheless, there is still a huge scene that inspires me every day.
Apart from that, I get inspired by all sorts of things, even watching white walls.

Where do you imagine yourself in five years?
CRIC: Most probably we will be writing thousands of treatment, shooting commercials, signing the divorce deal while trying to survive in the chaos.
Humor apart, we hope to work more on feature films and spend the right amount of time in commercials. 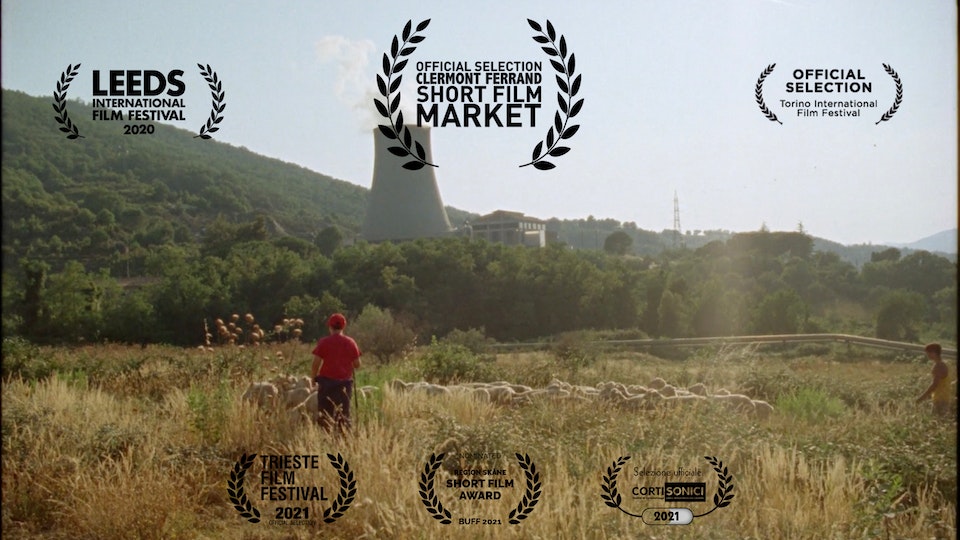 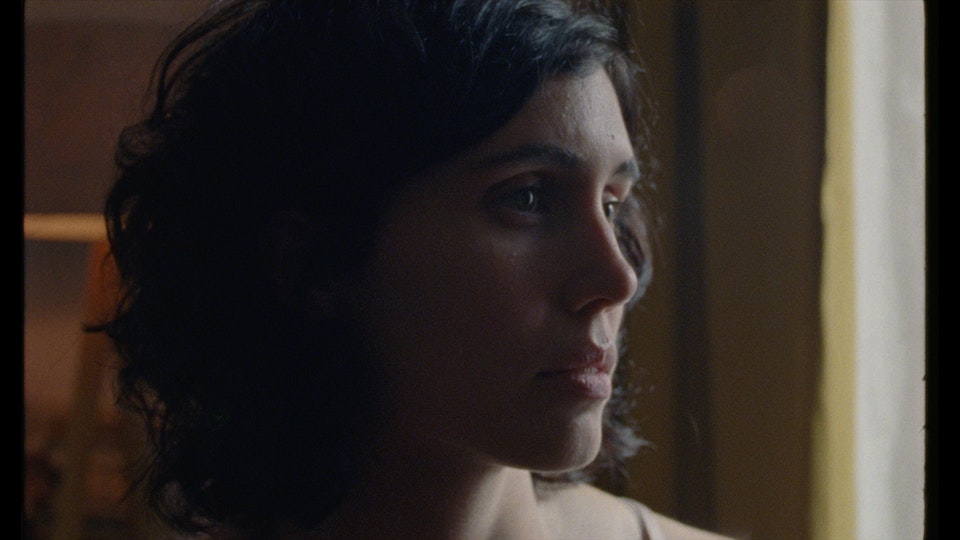 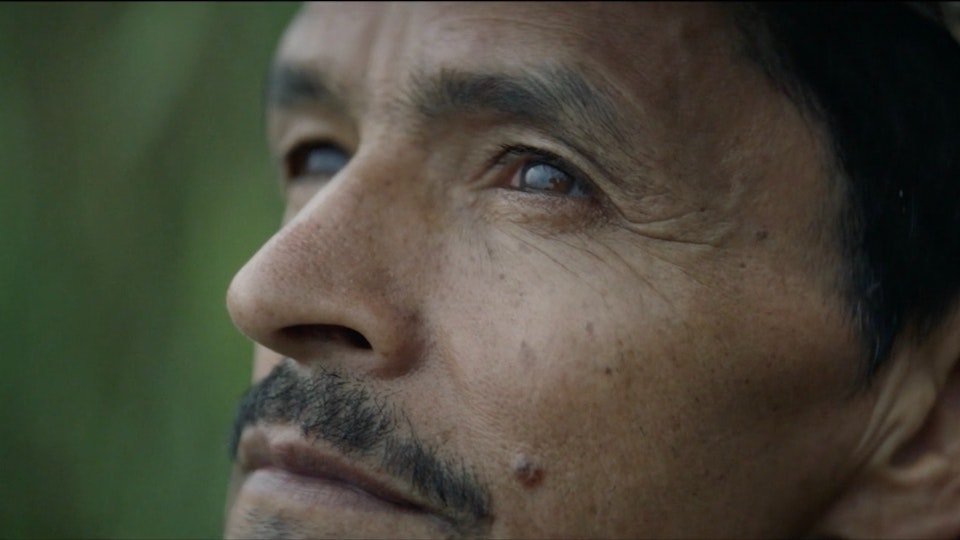 Nespresso: The Choices We Make